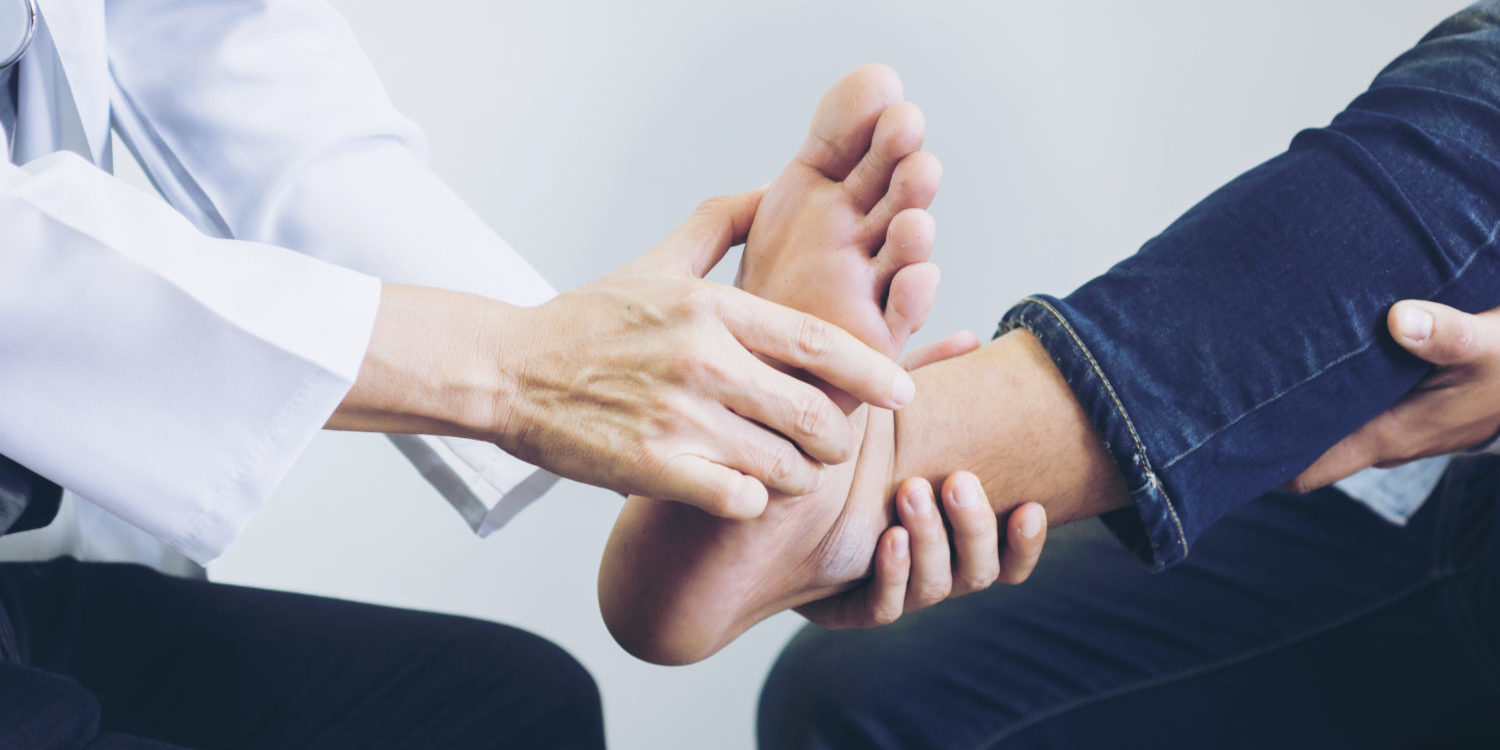 In the third of a series of posts focusing on Foot and Ankle surgery, Mr Tim Sinnett, Consultant Foot and Ankle Surgeon, describes the injury, surgery and rehabilitation of a previously fit and well 45 year old skier and marathon runner.

When Mr D slipped down some icy steps, falling at least 20 feet, he knew that he had suffered a significant injury to his ankle. Being stoical, and on a skiing holiday in the Alps, he tried to push through his pain but quickly realised he should seek medical attention.

A local medical facility confirmed that he had a serious injury to his ankle so he decided to return to the UK for definitive care. He attended an A&E in the UK where he had X-rays and was told, correctly, that there was no fracture. He was given a medical support boot and encouraged to see a Foot and Ankle specialist.

Examination revealed severe swelling to the foot and ankle. He was in significant pain and was struggling to bear weight. Swelling surrounding both the foot and ankle made examination difficult. An immediate high resolution MRI was arranged in the clinic, and reported by our team of specialist musculoskeletal radiologists.

Below are two images that highlight the main MRI findings.

Figure 1 is a MRI image of the hindfoot and ankle and demonstrates an avulsion (complete pull off) of the Achilles tendon from its insertion on the calcaneum (heel bone). It has retracted approximately 3 cms. 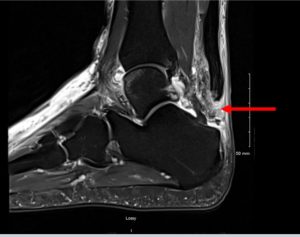 Image 2 is an MRI image that shows a Peroneal tendon dislocation (yellow arrow) and rupture of the Anterior Talo-fibular ligament (ATFL – red arrow). The Peroneal tendons and the ATFL are essential for the side to side stability of the ankle joint. 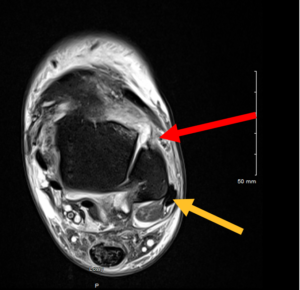 Mr Sinnett explained to Mr D that each of these injuries were significant on their own; when combined, he had a potentially life changing injury.

Surgery was indicated in this case because of the likely severe functional restrictions that would ensue without. Treatment priorities from the outset were to repair  the achilles and return the peroneal tendons to their correct position. The ATFL injury could be manged at a later date if required.

One concern for surgery was the degree of bruising and swelling which would significantly increase the risk of complications.

Two incisions would be required: the first over the distal fibula on the lateral side of the ankle to access and repair the peroneal tendon retinaculum.

The second incision would be posteromedially to access and repair the Achiiles and to create a safe skin bridge.

Waiting for the swelling and bruising to settle would have made surgery very difficult due to the retraction of the Achilles that would occur with every day that passed.

Surgery was completed a few days later without complication. The peroneal tendon retinaculum was repaired with 2 bone anchors into the fibula. The Achilles was repaired to the calcaneum using the Arthrex Speedbridge system. Wounds were closed without tension and Mr D’s ankle was placed in a half cast for two weeks in a plantar flexed (pointed foot) position.

At two weeks the lateral wound was healing well but the posterior wound was slower to recover. This wound took several weeks to heal due to the significant swelling following his injury.

Having been converted from the cast to a medical boot at the two week mark, Mr Sinnett was happy for the patient to fully weight bear in the boot with wedges at 4 weeks.

Mr D pushed on well with physiotherapy and at the most recent review he told me how he was cycling without pain or weakness and was about to start training for his next marathon. Click on the video below to see how far he had come by the 5 month mark:

We would like to thank the patient for consenting to us sharing both the story of his fantastic recovery and his images.

If you feel that you have sustained a significant foot and ankle injury, contact a Foot and Ankle specialist as soon as possible.

Radial Head Fractures: A Case Based Discussion of this Complex Injury
25th April 2021